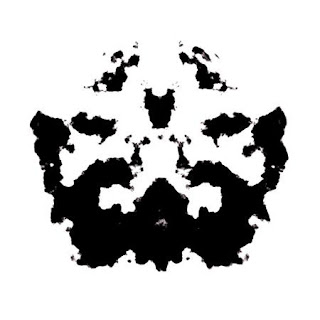 People are subjective. That subjectivity makes sound thinking difficult because sound thinking needs objectivity. What passes for thinking in this world is usually just people trying to justify what they want to believe. Sometimes so-called reality destroys people's stories, revealing them as fiction, but that is somewhat rare. Usually, there is enough room between the story and the reality to preserve the story.

When something is vague and unknown, the conscientious turn to the precautionary principle. The precautionary principle means assuming the worst until sufficient evidence presents a contrary picture. But not everyone likes being cautious and pessimistic, so many people instead turn to optimism bias. Optimism bias has advantages. But the disadvantage of optimism is that all it takes is being wrong one time and the optimist is history. Conversely, the cautious pessimist can be wrong many times and still be fine.

Reacting to risk requires sound thinking. Even precautions aren't necessarily without their own costs. With COVID19, it has been difficult trying to balance not spreading the virus, not ruining the economy, and buying time to develop treatments or preventative measures. Most places around the world failed on the most simple and cheap line of defense: everyone wear a mask. In fact, many authorities, like the WHO and many journalists, dismissed masks with mentally deficient arguments like, "masks can give a false sense of security, and aren't 100% effective." All you have to do is apply those same arguments to seat belts, airbags, helmets, door locks, condoms, circuit breakers, parachutes, bulletproof vests, fire alarms, and so on to see just how faulty such thinking is. The U.S. government has already spent trillions of dollars related to COVID19, including on lots of anti-free-market corporatist bailouts. Yet, every person in the U.S. could have been provided with several good masks for no more than 500 million. That's the beauty of being prepared. Totally suspending international travel to stop superspreaders would have also helped, but that would have been more top down than bottom up.

Sometimes, all solutions to a problem lead to the same undesirable place. And that has been the case with COVID19. Many people don't like how the restrictions to slow the spread of COVID19 have devastated the economy. Unfortunately, very few if any of those people were advocating everyone start wearing masks back in January of 2020. It's not like the idea of a deadly pandemic is something no one has ever thought of as being a possibility. Without everyone wearing masks, the result was lock downs. Yet, even if governments did nothing, the economy still would have been devastated since many people would have quarantined themselves by greatly limiting if not eliminating many economic activities. As the spread grew and so did the death, voluntary quarantining would have inevitably happened anyway.

Interestingly, COVID19 is a kind of fast-forward version of the global warming subject. Both are lose lose exponential problems that threaten the economy no matter what action is taken pro or con. Just about everyone knows global warming is a threat, at least in theory, just as everyone knows deadly communicable diseases are a threat, at least in theory. But different people assess threats differently. Some assess threats as a hoax to grab power. Some assess threats as extinction level problems. Since some humans take action when faced with a threat even while others do nothing, most threats are tamed in due time. The taming of threats usually leaves enough room for everyone to claim they were right about the threat. The people who thought the threat was overblown, incorrect, or even a fake conspiracy can pretend they were right. And the people who took action and took the threat seriously can pretend they were right ... even though their actions made what would have happened without action an unknown. Realistically, some things take care of themselves in due time, making action ultimately pointless; there are always unknown variables.

So that is the story of the COVID19 Rorschach test so far. Take the threat of COVID19 as seriously or non-seriously as you want. I personally follow the precautionary principle. But that is just because I'm high in trait conscientiousness, which means I'm usually prepared for risk, and I'm an introvert, which means I social distance all the time anyway. It's not realistic to expect people low in trait conscientiousness and who are extroverted to do the same. We are robots that follow our programming. And that programming determines what we see in the Rorschach test we call the external world. There are already many people dead because the external world disagreed with their assessment of COVID19. There will be more. Yet, there will also be plenty of people who will never get close enough to COVID19 for it to seem much worse than the common cold or for it to even seem like more than just a hoax. That's the nature of the dream; it leaves plenty of room for subjectivity because only oneness is truly objective.

I'll leave you with this recent short interview with mathematician Nassim Taleb: the master of dealing with risk. Out of all the people I follow in many realms, Taleb has by far done the best job of looking at the COVID19 threat realistically from the very beginning. There are many people I follow who have gone so far off into cognitive dissonance over COVID19 in both directions that I'm not sure I'll be able to pay attention to them anymore lol. Out of all the people I follow, many of which are economics related, Chris Martenson did the best job on this one so far.