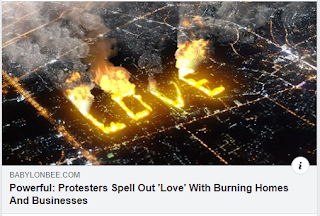 I’m not quite sure what the enemy of the people, the corporate media, has been saying about the things that have been going on in the USA for the last several days … since I don’t pay any attention to that “programming.” However, I do know all the raw video I’ve seen online of the many events. And so I’ll just put things into perspective as succinctly as I can.

The universal law for a peaceful and prosperous society is the Golden Rule. All other laws are just ways to violate the Golden Rule. Since humans are subjective, the Golden Rule means voluntaryism. We must strive for all human interaction to be voluntary (consensual) and so without the initiation of force: nonaggression against non-aggressors. Have that as the core principle of society, instill it in everyone from birth to death, and relative peace is possible. Short of that is just different variations of constant war. Aggression leads to defense, which leads to conflict. The conflict only ends if the aggressor is tamed/defeated. If the aggressor wins, the Golden Rule loses. At the start of conflict the aggressor is clear, but in a society made of circular layers of aggression, all are aggressors. Society organized around the state (government) is circular aggression. For instance, taxation, public spending, public debt, central banking and general wealth redistribution is all just a fancy form of mob looting. Stealing is a clear violation of the Golden Rule. If you accept stealing, you are inherently suicidal. That is because acceptance of stealing means it is okay for someone to steal your life, even if by simply stealing your food or oxygen.

Statism is the belief that the political authority of the state (government) is legitimate and necessary. Political authority is an attempt at a monopoly on the initiation of force in society, not an attempt at the absence of initiated force in society. In that sense, statism is a prison made by making exceptions to the Golden Rule. Statism is a societally conditioned ruse where people accept the prison of force as a given and just fight over who controls the force and who is subject to the force. Truly smart people leave the prison the best they can; at the very least they leave mentally since physically it is usually technically impossible (statist gangs control all inhabitable land on earth).

I sympathize only with voluntayists. The statists are welcome to fight each other to the death, whether with bullets, bricks, or ballots. There is no peace in statism anyway. Statism is just a Frankenstein monster of force that when in a tame state is a coercive prison guard. But from time to time the monster always turns deadly and becomes the prison executioner. The monster isn’t just the people wearing special uniforms; it is also the mobs of prisoners that accept the prison (accept violations of the Golden Rule in society). In the big picture, everyone who isn’t a voluntaryist is fighting a fight that, due to its self contradiction (inherent violation of the Golden Rule), can never end. So, to all the incessantly fighting statists from communist to republican to progressive to plutocrat to democrat, I say, choose again and choose voluntaryism. Because you'll never forgive statism versus statism if you remain in the mental prison of statism.

And to leave you with a joke. Realistically, since the Golden Rule is the only system that can work due to not being self contradicting, all I have to say to those who refuse voluntaryism is: