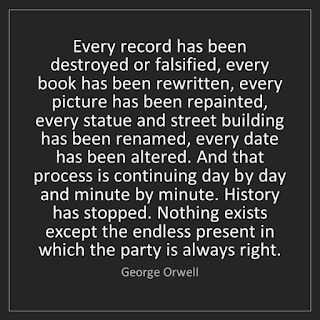 Unless following the news is important to your income, it makes little sense to do so. And it makes even less sense to use social media to comment on the news. The appeal of following the news and also commenting on the news is that for a lot of people guilt projection is their main hobby in life. People tend to select their news sources based on who they want to perceive as innocent and who they want to perceive as guilty. Since on the level of form everyone is both guilty and innocent, it usually isn’t that hard for multiple conflicting news stories to exist about anything. Who is innocent and who is guilty is in the eye of the beholder. Don’t hold guilt in your eye and you won’t see guilt. Sure, if the world is real so is guilt. But to those who choose to see the world as essentially an unreal simulation, the reality is universal innocence.

On the level of form, I’m capable of making an argument as to who is more guilty and who is more innocent in any given situation. I just use the Golden Rule as my objective measuring stick for determining who is more or less guilty on the level of form. But on the deeper level of truth, I choose to see universal innocence. However, my Golden Rule approach combined with universal innocence makes me unable to consistently take sides and agree with groups when it comes to the perception of guilt and innocence. In a society with freedom of speech, that isn’t a problem. Unfortunately though, the internet is being used more and more these days as a tool to thwart freedom of speech by organizing mobs in order to ostracize people. These mobs go after people to create a chilling effect so that others will think twice before they dare try to go against the mob. These mobs have even gotten corporations, universities, and governments to go along with and facilitate the ostracization. Consequently, the mob can quickly leave a person jobless and poor. And in some cases, people have been forced to move and go into hiding.

My preferred term for this current trend of internet-fueled mob ostracization is the Woke Inquisition. Cancel culture is another term used to describe the phenomenon. But I like the term Woke Inquisition. In the era of the Woke Inquisition, if you don’t tread carefully you can easily be deemed a heretic by the mob. Critical and nuanced thinking is not allowed. Given that the mob has literally broken down the gates and started ransacking cities and destroying heretical art, I’ve decided to mostly stop using social media; I never used it much to begin with, but until things change I’m going to just use it to do simple things like announce new books. In other words, I’m going to be forgiving the mob by taking the practical step of avoiding the mob, instead of putting myself in the position of fighting or joining the mob. The thing about mobs is that if people ignore them instead of fuel and encourage them they lose their power and go away.

The individual is the ultimate minority. Groups are attempts at a fictional majority. In general, I’m uncomfortable with being part of groups, especially if I’m bullied to join a group or assumed to be part of a group. Groups never represent my nuanced view of things and I don’t want to end up being part of a group that becomes the target of a mob or becomes the mob itself. I’m even uncomfortable about A Course in Miracles as a group. A Course in Miracles as a group is diverse in many ways including the ways the Course is interpreted and practiced. There are even factions of the A Course in Miracles community that are part of the Woke Inquisition ... are you? I’m optimistic long term since things like the Woke Inquisition are forcing people to invent new mob-proof, censorship-proof systems. But right now, things are too much like an old Twilight Zone episode, or a variation of Orwell's 1984, for my comfort. On a lighter note, things are also like the Seinfeld episode where Kramer refuses to wear an AIDS ribbon.