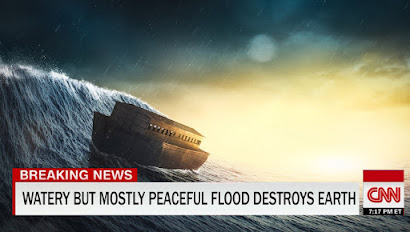 Most of us have seen what happened this week in Wisconsin and has been happening in mostly democrat dominated areas across America during the summer of 2020. Some have only seen the events filtered though their preferred news sources, while others like me have exclusively gone straight to the raw unedited video. There is a mild civil war going on in the streets of America. To one group, police are killing innocent black people left and right for no reason other than systemic racism … and that group also really hates Trump. While to the other group, police are accidentally killing criminals of all colors who don’t know how to take instructions to assure safe interactions with cops, which they see has led to angry fake-news-programmed zombies looting, vandalizing, and rioting … and that group tends to like Trump. What you believe about what all has been going on probably depends on your news sources. In other words, you believe what you want to believe based on your political leanings or lack thereof. That’s the point of special relationships: project guilt on the other side and innocence on your own side no matter how ridiculous the story needs to get.

Regardless, how do you forgive when the war shows up to you instead of you showing up to the war? It’s easy to pontificate and act all holier than thou from afar. But if the war shows up in front of your face what do you do? Do you join the unhinged mob so as to not get hurt? Do you let the mob destroy your property and even yourself in the name of nonviolence? Do you fight back as the only recourse to preserve life and property and risk prison over self defense? On one level it’d be nice to think that such a thing could never happen to a dedicated Course student. But still, it’s nice to be prepared. If we were already free of all our unconscious guilt, we wouldn’t seemingly be here. So I don’t know what the answer is for you. You’ll have to figure it out yourself by consulting Spirit. I have.

War is inherently suicidal. When you hate your abstracted opponent so much that you are willing to destroy your opponent, you are also willing to be destroyed yourself. War violates the Golden Rule and so it is suicidal. War comes in many forms, not all forms are bloody but all forms are inherently suicidal. For example, professional athletes (war actors) have been trying to commit career suicide by not playing games. They can’t quite articulate the solution to what they are upset about but they are nonetheless willing to threaten to destroy themselves unless they get what they don’t even quite know what they want. Pretty dumb, especially since plenty of their fans don’t share in their subjective perception of things and would be willing to return fire by tuning out from their trivial games. This is the year 2020 after all; entertainment choices are not limited like they used to be. For example, in 1995 this free blog didn't exist.

If people really wanted to reduce death by cop right now, they’d be teaching people to start any interaction with cops with the question, “How can we stay safe today officer?” and to then comply with what the cops say. If you are up against a grizzly bear, it is best to just do what won't get you killed unless suicide by bear is the objective. Would changes with cops be useful? Of course, but it will never be enough just as it already hasn’t. Because really it’s not about that; it’s really just a typical mammalian pissing contest where one side has power the other side wants. If you don’t want government cops then it’s time to get some philosophy and become a voluntaryist like me. Otherwise, you want government cops because you want government force when it works in your or your special group's favor. Just remember, all government laws are just words on paper without people in special uniforms willing to use guns or other lethal force to enforce them.