Politics and hypocrisy are intertwined because the very concept of government is a contradiction. Politics is the contradictory belief that, “force is bad when used against me but force is good when me and my team control and use force.” That’s why, to believe in government force, which is to be a statist, is to be a hypocrite. Politics is a bunch of people fighting over control of the force of government so that they can forcefully impose their subjective preferences on everyone else. The opposite of statism is voluntaryism. I am a voluntaryist. As a voluntaryist, I am not a statist because I don’t believe in government force. Voluntaryism is the belief that we should strive for all human interaction to be voluntary, never forced (non-aggression against non-aggressors). Voluntaryism is the Golden Rule view. Voluntaryism is peace. Statism on the other hand is constant war. Statism violates the Golden Rule, because it invariably does unto others what it would not have others do to itself. Anything that violates the Golden Rule is contradictory and therefore inherently suicidal. But the "bad" force inherent in statism is kept unconscious by projecting it onto the opposition. So the choice is always presented as different forms of statism rather than voluntaryism, since different forms of statism maintain the guilt.
The left has been winning in the culture war for many decades because it turned its political projection into a fool-proof methodology. The left’s method comes from philosopher/sociologist Herbert Marcuse. The left's method is why the left has come to control most institutional power in the United States (from corporate media, to academia, to the permanent unelected government). And until the right adopts the same method, it has no hope. However, if the right does adopt the same method the result will be civil war—unless the left calls a truce to stop using the method. But constant war is the name of the game of statism regardless. Voluntarism is the only viable way to defeat the left because it also defeats the right and so defeats statism. But that would require guilt projecting statists to give up statism in large numbers. 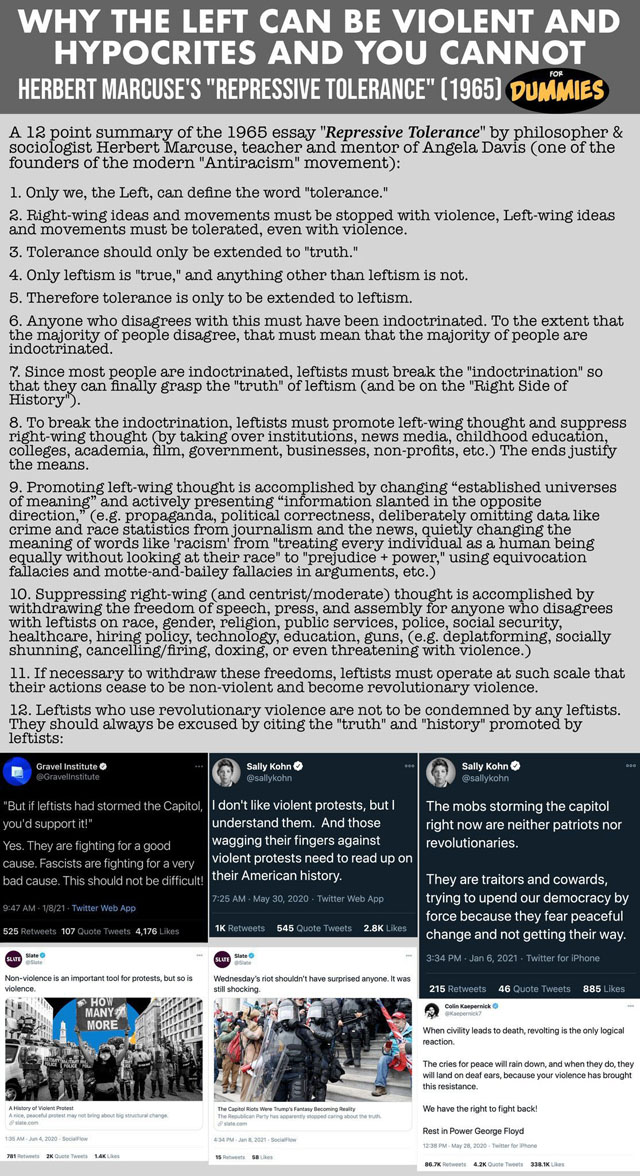 And I'll leave you with this amusing meme that illustrates the fate of the political right if the right doesn’t adopt the left’s "repressive tolerance" method for itself. 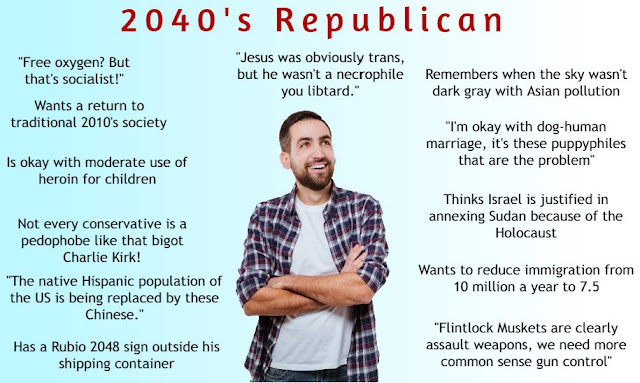