The End of the Cognitive Dissonance Presidency 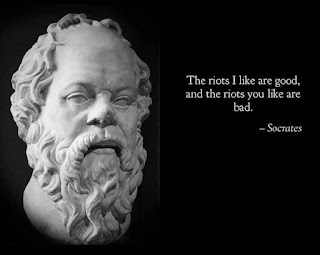 Now that Trump’s presidency is over, I can review the results. Trump was the cognitive dissonance president. Trump broke a lot of people’s minds. And the world will never be the same because of it. I know I’ll never be the same. There are so many people, both left and right, both for and against Trump, that I’ll never be able to take seriously ever again because of Trump. Trump was the naked emperor that exposed just how naked most everyone else is also.

The morning after Trump was elected in 2016, I posted on social media, “Don’t get excited or upset, the most likely outcome will be that Trump will fail to live up to the expectations of both his supporters and his detractors.” The expectations of Trump’s detractors, both left and right, were so low that all Trump had to do was not be Hitler or not start a nuclear war to prove his detractors wrong. On the other hand, the expectations from Trump’s supporters were so high that Trump would have had to be a completely different person with lots of support from Congress to pull it off.

Although neither side could likely stand to admit it, the propaganda of the corporate media and QAnon are the same thing psychologically. The corporate media is just QAnon institutionalized; both are alternate reality games that have the appeal of taming cognitive dissonance. People who believe the corporate media do so because it serves the same psychological function that QAnon did. All the people who sat with bated breath for years for the Mueller report to reveal Russian collusion and spell the end of Trump are the same as all the people who sat with bated breath waiting for “the storm” or "the kraken" or the "mass arrests."

In the end, Trump was like all presidents, as well as most politicians and citizens. Trump was and is philosophically, like most everyone else, a run-of-the-mill statist. Statism is a loser philosophy conditioned into people by society. When will people learn, statism is not the answer? Now that Trump’s term is over, I am happy to see so many people disillusioned by Trump. The Trump supporters getting suckered into the Capitol honeypot and then thrown under the bus by just about everyone disillusioned many Trump supporters. Trump failing to address social media censorship and thus letting himself and his supporters get censored disillusioned many Trump supporter. And then the final straw of Trump failing to pardon some popular people who were screwed over by the state for providing services and information many people wanted (Assange, Ulbricht, etc.) left lots of former Trump supporters not just disillusioned but totally disgusted. Maybe some of them will wise up and give up statism in favor of voluntaryism. We’ll see.

I added Statism to the title of this blog, because that is the subject I want to tackle for the foreseeable future. Whereas the Trump years were mostly about forgiving cognitive dissonance, the Biden years are shaping up to be mostly about forgiving statism (which still includes cognitive dissonance). Biden/Harris will have most institutional power on their side. Which means they will have the current flowing in their direction, unlike Trump who was constantly fighting against the current. Whereas the last four years the corporate media constantly screamed that the emperor was naked, now we’ll have to endure four years of the corporate media constantly screaming about how great the emperor’s imaginary clothes are.

Statism is always naked. Unfortunately, statists tend to only ever see the nudity of their opposition’s statism, not their own. 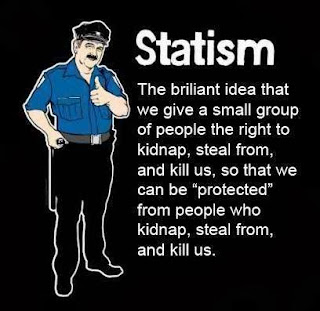 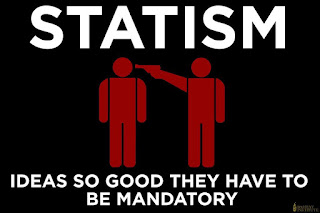 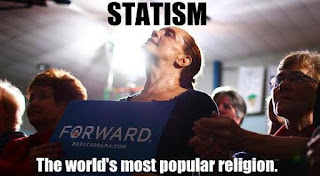