The Catch-22 of Statism 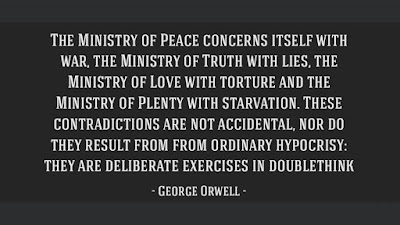 A catch-22 is a paradoxical situation from which an individual cannot escape because of contradictory rules or limitations.

Statism is the belief that government authority is legitimate.

In general, the corporate press is a propaganda fear machine used to hypnotize people into being and staying statists. Statists come in many forms; the two main forms being liberal and conservative.

I find it interesting when a news story arises that poses a catch-22 for statists of both the liberal and conservative variety. The recent Minnesota unarmed police shooting incident is precisely such a news story.

A man was pulled over for having a dangling air freshener and also his mother failed to be obediently extorted by the government and pay her vehicle registration. But the real problem was that the man had a warrant out involving unauthorized possession of a firearm and for fleeing police; he had gotten in trouble for having a Ruger .45 pistol without a permit and he skipped his court date. So, in the end, the man was shot due to resisting cops who were enforcing anti-Second Amendment gun laws, extortion laws, and just plain petty laws. I'm not saying the guy wasn't dumb for resisting cops, and I'm not saying the guy wasn't dumb for at least appearing as if he was a ghetto criminal, which he likely was. All I'm saying is that whether one wants to defend or condemn the man, doing so as a statist leads to a catch-22.

This incident poses a a catch-22 for both anti-gun liberals and pro-cop pro-Second Amendment conservatives. To support the cops in this situation is to support enforcing laws that go against the second amendment. And to condemn the cops is to condemn enforcing gun laws.

A few years ago an unarmed light skinned woman was killed by cops near my home and it was barely even mentioned in the local news, let alone national or international news. A classmate when I was in high school was killed by cops pursuing criminals in a high speed chase. Police chases are so dumb; it is pathetic that people are such statists that they allow cops to engage in such reckless activity.

The problem is not that there are some bad cops, but that the whole idea of cops and government authority in general is bad. Cops are lackeys of the state and therefore lackeys of the lawmakers chosen by the mob (the majority). Cops enforce the law no matter what the law is. All laws beyond “don’t initiate force” are laws that instead initiate force. Therefore, enforcing laws beyond “don’t steal people’s lives, well-being, or property” usually means being the aggressor and thus the “bad guy.” Protecting people from the initiation of force is a noble pursuit, but the reality is that much of what cops do is instead the opposite. Even the way cops are paid through forced taxation is a result of the initiation of force...or at least the threat of force. Support of cops is support of the government initiating force. And support of the government is support of cops since all laws beyond the Golden Rule (non-aggression against non-aggressors) mean nothing unless there are people willing to initiate force to enforce the laws.

Fortunately, there is an alternative to the violent nonsense of statism; it is called voluntaryism. But voluntaryism is only appealing to those who want to be free not those who want to be safely imprisoned. Building and maintaining a safe prison is the whole point of statism. Statists just fight over the conditions of the prison and who is in charge; that's the war of liberal vs. conservative, left vs. right, light skin vs. dark skin. Statists do not want to leave the prison, just rearrange it to their liking.

As Mencken once said, "The average man does not want to be free. He simply wants to be safe."

Such is the plight of the statist.

That's just not true. Watch this video below of cops making white people play twister, where if you mess up you die. It amazes me that people are such whipped dogs that they can watch videos like this and remain government worshiping statists seeking safety through imprisonment. Every time people want the government to do anything, this is what people ultimately want: outsourcing the dirty work keeps people unconscious of the violence they support. Without obedience it is execution or shackles. In a free society, people who murder, maim, kidnap, and steal (violate the Golden Rule) die due to people exercising self-defense. In a statist society people who murder, maim, kidnap, and steal can get paychecks, pensions, have unions, and be revered. Forgive fake authority by remembering the true authority and staying faithful to that authority instead of feeding the false authority of humans.

"If a German Shepard can do your job, maybe we're using the word hero a bit loosely." -- Michael Malice